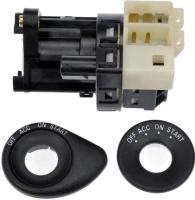 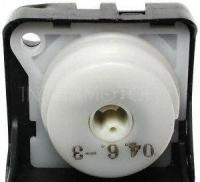 The switch that activates the main electrical system of a vehicle when turned on is the ignition switch. It is combined with a starter switch that provides power to the starter motor which cranks the engine to run, This switch is activated by the ignition key lock cylinder. Apart from turning on the primary electrical system, an ignition switch also reads anti-theft codes from the key and will complete the circuit only if the codes match, If nothing happens when the key is turned, it's a clear sign of a faulty ignition switch.

What is the Purpose of Ignition Switch?

It holds the responsibility of completing the circuit on reading the correct anti-theft codes from the key and further triggering the starter switch which powers the starter motor for starting of the engine. The entire vehicle ignition system is controlled by this switch and a faulty switch can be causing deep trouble trouble in starting the vehicle itself.

Where is Ignition Switch Located?

The ignition switch is attached to the ignition key lock cylinder on the underside and cannot be directly seen. The panels around the lock cylinder need to be removed to gain access to he switch and they are usually not repairable, instead a direct replacement should get it back to normal condition.