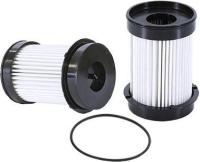 What is a core deposit charge, and how to get it refunded?

Do you not have any sign of the fuel system? Well, the fuel system involves a fuel tank, pump, philtre, injector or carburetor, and plays the role of transferring the fuel to the engine as needed. Make sure all the components work in order to achieve desirable results.

Curious to know how a fuel system works? Everything you need to know has been mentioned here: The vehicle fuel system serves the purpose of storing and supplying the engine fuel. It is in the system of engine intake, where the fuel is mixed with air, atomized and vaporised. In addition, it is compressed in the engine cylinder and ignited for energy or power generation. Although these fuel systems may sometimes vary depending on the engine, they still perform the function of supplying fuel to the combustion chamber and regulating the amount of fuel transferred in relation to the amount of air. The fuel pump draws fuel from the tank and is stored by itself in the fuel tank. It is then delivered from a fuel philtre to the fuel injectors, travelling through the fuel lines (carburetors and throttle body injection that were both installed on older vehicles). The final procedures for providing complete combustion after the fuel is delivered include atomization and the fuel spray pattern. Atomization can be considered as a result of the pressure of injection due in part to the diameter of the injector holes. The spray pattern is determined by the spacing, angle and number of injector tip holes present. Depending on the type of vehicle system, the fuel pressure is regulated differently (whether it is the return type or the returnless type system). It should be noted that the return type system has a fuel pressure regulator which changes the fuel pressure according to the amount of vacuum present in the intake system while a returnless type system uses a powertrain control module to monitor fuel delivery. Together with the fuel flow, the amount of fuel pressure remains the same as it reaches the injectors while a returnless type system uses a powertrain control module to control fuel delivery. You can also find a fuel pressure sensor fixed on the fuel injector supply rail which allows the PCM to control the fuel pressure. The PCM compensates by increasing the fuel pump's injector duration and/or operating speed at times when the fuel pressure and flow start to decrease due to an increase in the engine or load speed.

Fuel System for Popular Models
Still can't find what you need? Contact us.