What is Engine Covers

The engine cover protects the most important parts of the car. So it is very important that the cover that is being used to cover the engine is reliable and is able to withstand a certain limit of pressure. There are different issues that might rise due to the use of parts that are not genuine. 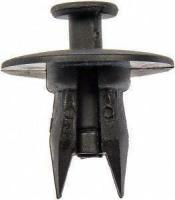 You can talk to us at
Live chat

You can email us at
sales@partsavatar.ca