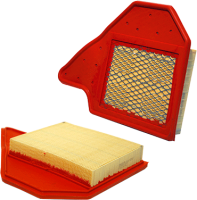 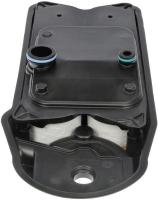 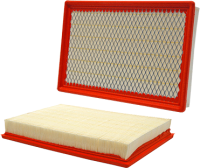 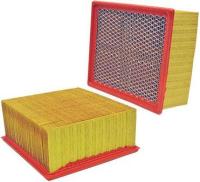 The air philtre takes on the task of eliminating the particulate matter and different other impurities. Two types of air philtres can be used in automobile applications, namely the cabin air philtres and the regular engine air philtres. The engine air filters are a key component in the intake systems because they are responsible for providing the engine with filtered, particulate free air. Similarly, cabin air filters remove the impurities (mostly pollen and other allergens) from the air which enters the passenger compartment.

It can be observed that the internal combustion engines are dependent on air for usage as an oxidizer in the process of burning fuel and various other pollutants that are hazardous for both the intake as well as the engine. We don’t recommend you use the engine without an air filter. Nevertheless, artificial constriction is created on airflow through the intake system using a clogged air filter that often leads to deficient power.

Will you know how it works with air philtres? Such air philtres capture the small particles present in the atmosphere, and allow air to move undisturbed. In an automotive intake system the air philtres sit in front of the throttle body and mass air flow sensor. Typically, in old models, the air philtres could be located on top of the carburetor while the latest models have these air philtres installed in the "air philtre boxes" themselves at the intake system head end. Particularly in those situations, the air inlet could be placed on the box or a tube connected from the box to the front of the engine compartment would be used. The air passes through the air philtre after reaching the intake system. The particulate matter larger than the pores gets trapped in the philtre when going through the filtration media while the air passes easily. However, this creates a minor restriction on air passage, when the philtre is cleaned it is almost negligible. The particulate matter would probably enter the throttle body and pass into the combustion chambers in the absence of an air philtre. Your engine or other components can get hurt, depending on the amount of particulate matter in the air. So, it's true that the air philtre sacrifices itself to protect the engine for a cause. Also, the philtre often clogs as time passes, so it should be cleaned or replaced according to the requirements (depending on the philtre type).

Articles and Guides that are written with the help of mechanics to ensure you have all the knowledge you need to make the correct purchase here at PartsAvatar.

Step By Step Guide To Buying The Right Air Filters

All You Need To Know About Engine Air Filters