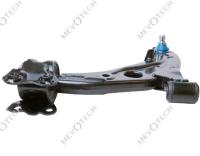 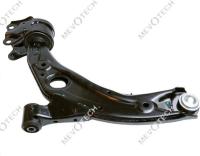 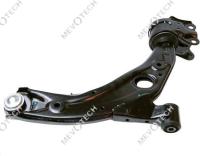 About control arm with ball joint

The Control Arm is part of the automotive suspension system. It is also known as A-arm, it is basically a hinged suspension link between the chassis and the suspension upright or hub that carries the wheel. There are several parts to the control arm with ball joint, the inboard (chassis) end of a control arm is attached by a single pivot, which is typically a rubber bushing. This enables it to control the position of the outboard end in only a single degree of freedom, thereby maintaining the radial distance from the inboard mount. Most control arms form the lower link of a suspension. In few vehicles designs they are used as the upper link, usually with a lower wishbone. The additional radius rod is then attached to the upper arm.

What is the purpose of control arm with ball joint?

The control arm primarily connects the wheel hub and steering knuckle to the frame of the vehicle. The Control arm bushings are crucial for driving comfort and handling. They help cushion the suspension system which allows to controls noise and vibrations, in addition it also provide a softer ride over bumps.

Where is control arm with ball joint located?