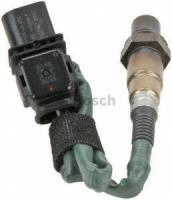 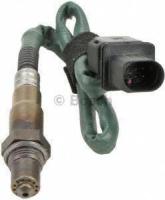 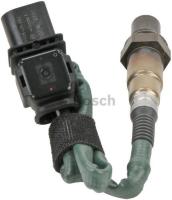 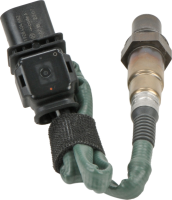 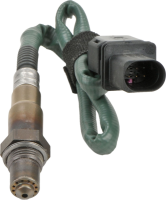 Bosch wideband air-fuel sensors perform the same function as that of an oxygen sensor and they also measure the amount of oxygen in the exhaust other than just measuring the lean (too much oxygen, not enough fuel) and rich (too much fuel, not enough oxygen) mixture. Bosch wideband sensors use a more sophisticated sensing element to send the information (amount of oxygen in the exhaust) to the engine control unit (ECU).

Bosch oxygen sensors were first developed in 1976 and it has been over 40 years since they invented the oxygen sensors. Bosch grew its production right after Volvo 240/260-series became the first passenger car to be equipped with Bosch oxygen sensor as it became an essential tool for fuel efficiency and the reduction of CO2 emissions. Bosch has produced 1 billion oxygen sensors to date and they continue to lead the market with its high-quality reputation; an attribute that has defined Bosch since its inception.

The Automotive Aftermarket Division is responsible for the supply, sales and logistics of automotive parts for servicing vehicles, the sales of workshop and vehicle accessories.

This product fits in a few models ofDodge Sprinter.

Oxygen Sensor
PROUDLY CANADIAN
We are a 100% Canadian owned business. Rest assured, your hard earned money is put to good use for better local employment, infrastructure, and in turn, lower prices for you.
FREE SHIPPING
Forget expensive shipping charges forever. 99% of our parts ship free across Canada, with few exceptions. We now even offer free pickup and free returns at select locations across Canada.
NO BORDER FEES
PartsAvatar.ca is a fully Canadian business. We only ship from Canadian warehouses, charge no border fees and avoid all cross border delays to deliver your items as fast as possible.
LOWEST PRICE
We try hard to provide you with lower net prices than competition, once all shipping, customs and hidden charges are all accounted for. Our prices are completely transparent.

Do you have questions about this product?

Our experts are here to help!