These parts are designed to help your 2011 F53 achieve its optimal state. These will fit your 11 F53 just perfect and fix your current vehicle issue. You can find the similar information on the product description line. In order to be sure of the perfect fit be very sure that you have selected the exact F53 year. Wheel bearings work with a car's suspension in two important ways. The wheel bearing allows the wheels of the vehicle to rotate with little effort, while supporting the weight of the car. The tire bearings should be in mint condition to get the job done correctly. The seals should be free from leakage to keep the lubricant out of the bearings and pollutants. Every pair of front wheel bearings, plus back wheels, carries 850 pounds, depending on how the front to back weight of the car is balanced out. Because the car is running for hundreds of thousands of miles, the tire bearings need a lot of weight to support. Wheel bearings are built to stay strong for over 150,000 miles, putting pressure on the bearings, the grease and the constant load on seals. When a wheel bearing fails early that means the grease is poorly modified, dirty, or damaged. The bearings are only in trouble when the seal starts leaking. It causes grease to leak out of the bearings when a grease seal is broken, so that dirt and water can flow into the bearing cavity. If seals start to fail on a sealed bearings assembly, you can not replace the seals individually; therefore, the entire hub assembly has to be replaced. Bad seals can be replaced with newer ones when cars get older to extend the life of the wheel bearings. Bearings can not tolerate water as they can get contaminated with rust and grease. For most car wheel bearing seals, it's a bad quality not to keep water out, as it puts pressure on the seal. Any car driving through hub-deep water should have a wheel bearing cleaned with fresh grease and renewed. Sealed wheel bearing assemblies don't allow this, so all you can do is check for noise and play. Typically a wheel bearing assembly will rumble, growl, chirp, or make a cycle sound from the location of the wheel. This means steeping in trouble and it requires discrete attention. Wheel bearings which are not industrial sealed need to be kept regularly. As suggested, they have to be washed, patched, checked, and greased every 30 000 miles.

Bearings come in many different styles designed to handle radial loads, thrust loads or a combination of the two. Bearings need to be designed to master a certain type of load and weight amounts in different applications. Ball bearings are very common in handling radial and thrust loads, but they can carry as little weight as possible. We come in a wide range of applications, including roller blades and hard drive, but if they are overloaded they are considered to be misfits. Roller bearings are designed to handle heavy loads; the primary roller is a disk, allowing the load to be spread over a larger area, enabling the bearing to handle larger weight amounts. The way the bearing is structured makes it capable of handling primary radial loads, but inappropriate for thrust loads. Given where space is concerned, this requires the use of a needle bearing. Using smaller diameter cylinders, needle bearings are workable, so it is easy to fit into applicably smaller bearings. Ball thrust bearings are designated to handle limited thrust loads that are applicable to low-speed bearings. Bar stools, for instance, are made use of ball thrust bearings to stabilize the bench. The roller thrust bearings also accommodate thrust charges. Only difference lies in how much weight the bearing can handle. The roller thrust bearings can accommodate even larger thrust loads as they are used to support helical gears and are often seen in car transmissions. Common application in roller thrust bearings is generally gear support. Due to their versatile tolerance in handling large loads, tapered roller bearings are designated for handling large radial and thrust loads. Due to extreme quantities at both radial and thrust loads expected to be carried by car wheels, tapered roller bearings are seen in car hubs. Specialized bearings occur in many different types which are designed for specific applications, namely magnetic bearings and giant roller bearings. Magnetic bearings are seen in high-speed gadgets, as they have non-moving parts, this allows their stabilization to support unnoticeably fast moving electronics. Giant roller bearings are used to move very large and heavy loads, including monuments and large structural elements.-Bearing seals can give a small amount of friction and wear while providing a significant amount of protection under even the toughest conditions. The seals ' bearing performance and reliability are so closely tied together, so well-designed seals are a key factor in dealing with pollutants that destroy life from wheel bearings. When considering appropriate seal types for specific classified bearings arrangements there are many factors. Such sealing factors include: oil or grease type of lubrication, sealing surface peripheral speed, vertical or horizontal shaft configuration, seal friction, and temperature increase results and environmental influences. Selecting the correct seal is clearly acute in the performance of a bearing. There are two types of outside sealing parts typically used with rolling bearings, namely contact and contact seals. An efficient external non-contact sealis when there is a narrow gap between the moving and stationary elements that is fundamentally dependent on the sealing action. The difference can be arranged radially, axially, or together. Simply considering these seals as gap-type seals or more complicated as labyrinth seals. We basically don't generate friction and don't wear. Usually these seals are not easy to damage from solid pollutants and are useful for high speeds and high temperatures. Effectiveness graase is compressed into the gaps created from the labyrinth to alternate the seals. Contact seals are affected by a comparatively thin sealing lip depending on the seal's ability to apply a slight pressure on its counterface. The pressure is created by the strength of the seal due to the elastic properties obtained in the seal material, going forward, the specified interference between the seal and its counter-face, last but not least, a garter spring melding in the seal, which physically diverges a force supporting the bearing. 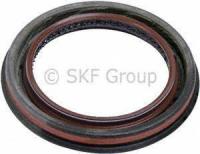 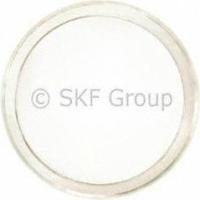 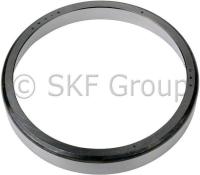 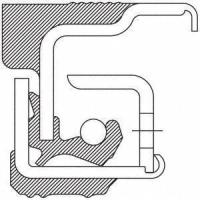