These parts are designed to fit your 1984 Ford Mustang like a glove. While making the final purchase remember to cross check that you have correctly selected 1984 Mustang and your Mustang sub model engine. Anyone who owns a car must have learned about various terms like exhaust, petrol, carburettors, fuel injectors, air pump, air filter, fuel injection egr valve and many other pieces. Yet do you wonder what the pieces are for? Well to clarify if we consider the car as a human body then these are very close to the body's cardio vascular system. The fuel is very similar to the blood flowing through the human body's veins, while the fuel pump is very similar to the cardio vascular system's heart. The car's fuel and pollution system is the car's largest part. It's the principal system that helps drive the car. The engine derives its energy from the mixture of fuel and air, while the emission system ensures the engine is clean and clear of the exhaust gases. Therefore, to ensure the fuel and emission system is in good condition, various aspects such as exhaust, power, cold air intake, emission, carburetors, engine control module, frame oil filters, air filter, egr valve, fuel injector, fuel pump and air pump must be kept in good condition.

So, it is best that you use genuine parts so that your car doesn’t create problems on a regular basis. If you wish to keep your car fit then parts from the above-mentioned company are the best alternatives.

Because you are aware of the various components of the car's injection system, you need to know about the operating theory of the entire combustion system. The air formed by the fuel tank is sent along with the fuel pump to the carburetor or injection system. The air from the atmosphere and the fuel in the carburetor are properly mixed in proportion. Next the air fuel mixture is sent to the cylinder and with the help of a spark plug, a spark is brought in. The mixture is combusting and starting to burn, providing energy to push down the piston. This helps drive the motor. With the aid of the emission system, exhaust gasses such as carbon dioxide and water vapor are thrown out after the entire air fuel mixture is combusted. But if impurities are found in the fuel then air pollution and damage to the engine could be caused. So, it is very important in nature that the fuel is pure. Different parts such as sensors, gaskets, flash point, egr, efi, fuel lines, engine block, engine block heater, ect sensor, fuel rail, fuel sending units must be kept in good condition for proper functioning of the engine. In addition, the cabin air filter, control system, electric fuel pump, fuel filler neck, brake-specific fuel consumption, carburetor reconstruction kit, fuel sending unit, fuel rail, fuel pump relay, fuel lines should also be used to ensure that the air fuel mixture is completely combusted and that the exhaust gasses are not polluting in nature and that the maximum power is delivered. So if you want to keep your car in good condition so the car works smoothly then you need to take care of the ignition and emission system. 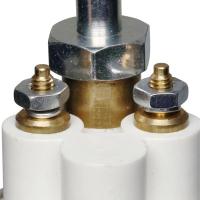 Enter your vehicle ENGINE information to find correct fit.Click here
Qualify for
or 4 interest-free payments of CAD$ 23.75 with 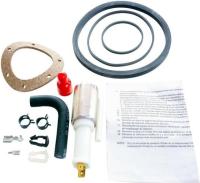 Enter your vehicle ENGINE information to find correct fit.Click here
Qualify for
or 4 interest-free payments of CAD$ 15.25 with 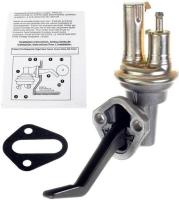 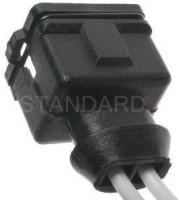 Enter your vehicle ENGINE information to find correct fit.Click here
Qualify for
or 4 interest-free payments of CAD$ 16.5 with

Enter your vehicle ENGINE information to find correct fit.Click here
Qualify for
or 4 interest-free payments of CAD$ 16.25 with

Enter your vehicle ENGINE information to find correct fit.Click here
Qualify for
CAD$ 8.91
CAD$ 9.50
You save $0.59(6% Off)
VIEW DETAILS
Still can't find what you need? Contact us.